Michael Cohen To Publicly Testify Before Congress In February 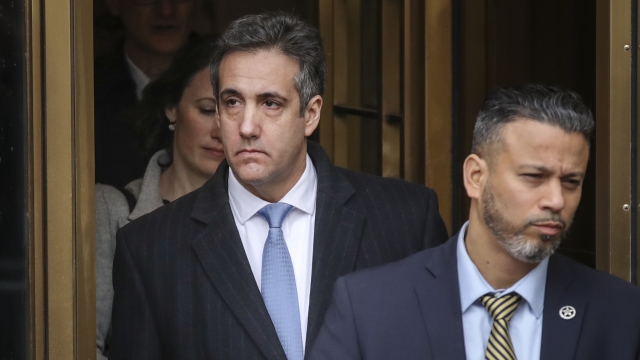 According to a press release, Cohen voluntarily agreed to testify before the House Committee on Oversight and Reform. The hearing is scheduled for Feb. 7.

Cohen said in a statement he "look(s) forward to having the privilege of being afforded a platform with which to give a full and credible account of the events which have transpired."

This will be Cohen's first time publicly testifying at a hearing chaired by Democrats. Last year, he pleaded guilty to lying to Congress about a real estate project to build a Trump Tower in Russia. He also pleaded guilty to eight other charges, including tax fraud, bank fraud and campaign finance violations. In December, a federal judge sentenced Cohen to 36 months in prison.

When he was asked about Cohen's plan to testify, President Trump said he's "not worried about it at all."