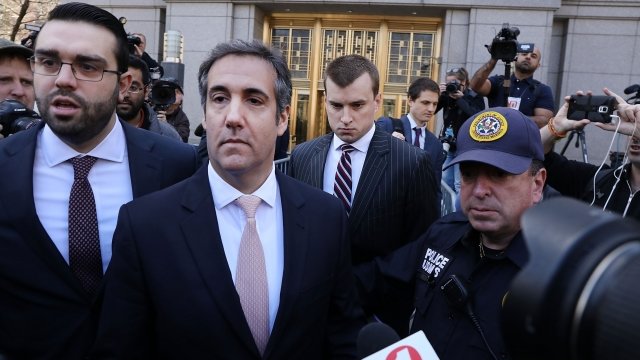 SMS
Cohen Reportedly Solicited Money From The Qatari Government
By Katherine Biek
By Katherine Biek
May 17, 2018
The president's personal lawyer reportedly asked the government of Qatar for at least $1 million in exchange for access to the Trump administration.
SHOW TRANSCRIPT

President Donald Trump's personal lawyer Michael Cohen reportedly asked the government of Qatar for at least $1 million in exchange for access or insight into the Trump administration.

The Washington Post reported Cohen made the offer in late 2016, before Trump took office. Qatar reportedly turned down the offer.

A Qatari diplomat — who told the Post about Cohen's offer — said the lawyer offered to find U.S. infrastructure projects for Qatar to sponsor in exchange for the $1 million. At the time, that diplomat was leading the investments division of Qatar's sovereign wealth fund. 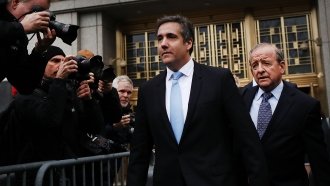 As Newsy previously reported, Swiss drugmaker Novartis and AT&T paid Cohen a combined $1.8 million in exchange for insight into how to navigate the new administration after Trump took office.

Cohen denied reports he sought money from the Qatari diplomat, telling The Intercept, "These falsehoods and gross inaccuracies are only being written in the hopes of maligning me for sensationalistic purposes."