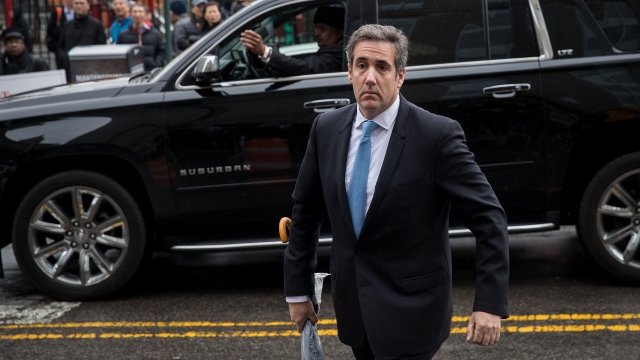 SMS
Cohen Lawyers Want To Withhold 12,000 Documents From Prosecutors
By Katherine Biek
By Katherine Biek
June 26, 2018
Michael Cohen's legal team completed its review of millions of files seized during an FBI raid of his home, office and hotel room back in April.
SHOW TRANSCRIPT

Michael Cohen's legal team completed its review of more than 4 million files seized during an FBI raid of Cohen's home, office and hotel room back in April.

Cohen's lawyers told a judge that more than 12,000 of those files cannot be turned over to prosecutors investigating their client because they are protected by attorney-client privilege.

The Justice Department previously confirmed Cohen is under criminal investigation for his business dealings, but he has yet to be charged with any crime.

The judge has selected an independent arbiter to ultimately decide which — if any — of Cohen's seized documents are eligible for attorney-client privilege. She's decided that protection applies to more than 160 items so far.