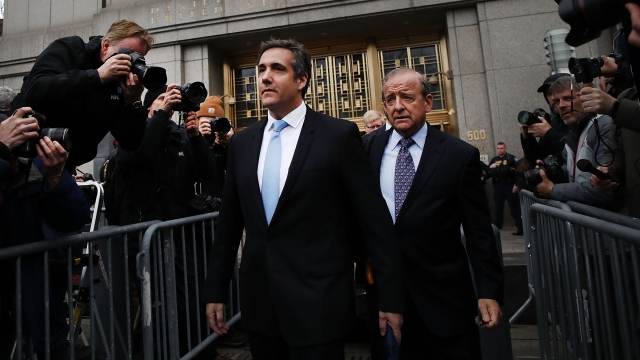 Michael Cohen will not be testifying before the Senate Intelligence Committee Tuesday.

His attorney announced that Cohen's scheduled appearance has been postponed "due to post-surgery medical needs." Cohen underwent shoulder surgery in January.

If you've haven't been keeping track, this is the third time this month that Cohen's delayed giving congressional testimony. And we're not even halfway through February yet.

Cohen first delayed publicly testifying before the House Oversight Committee on Feb. 7 because of safety concerns for himself and his family.

He was then scheduled to testify before the House Intelligence Committee in a closed-door session on Feb. 8. But that testimony has since been pushed back to the end of the month.

Of the three congressional panels, the only one that's so far issued a subpoena ordering Cohen to testify is the Senate Intelligence Committee.

Time is quickly running out, though, for all three panels to talk to Cohen before he reports to prison on March 6 to begin his three-year prison sentence. Last year, he pleaded guilty to lying to Congress about a real estate project to build a Trump Tower in Russia and multiple other financial crimes.