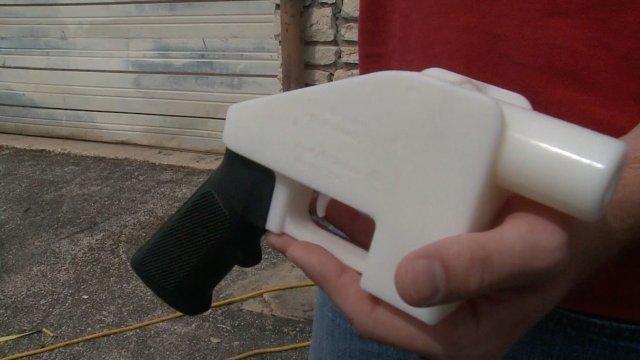 Cody Wilson, the founder of Defense Distributed, says he's begun selling designs for 3D-printed guns. That's after a judge extended an order to ban downloadable blueprints for the items.

Wilson says that means he can’t supply the blueprints online for free, but he can sell them.

According to the court order, “Files cannot be uploaded to the internet, but they can be emailed, mailed, securely transmitted, or otherwise published within the United States.”

Wilson is asking people to name their price, then emailing or shipping them the designs. He says blocking their distribution is a violation of free speech.

He told the press Tuesday, "Anyone who wants these files is going to get them. I'm gonna sell it to them, I'm gonna ship them."