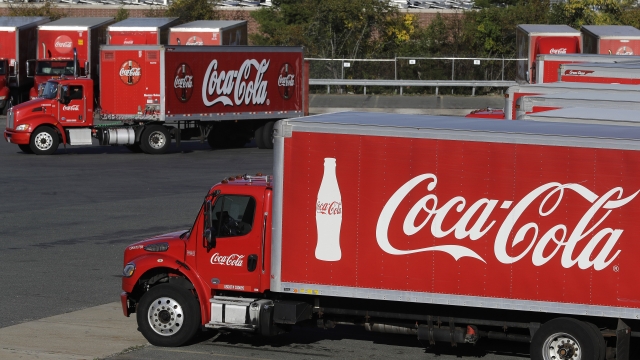 SMS
Coca-Cola To Cut Thousands Of Jobs Due To Pandemic
By LeeAnne Lowry
By LeeAnne Lowry
August 28, 2020
The company is suffering a drop in sales as many venues that serve its products have been forced to close during the pandemic.
SHOW TRANSCRIPT

While many cuts will be involuntary, the company will offer some voluntary layoff deals. Coca-Cola said it would offer the deals to about 4,000 eligible employees in the U.S., Canada and Puerto Rico who were hired on or before Sept. 1, 2017. The severance program is expected to cost the company up to $550 million.

Coca-Cola is suffering a drop in sales as restaurants, theaters and sports venues have been forced to close during the pandemic.