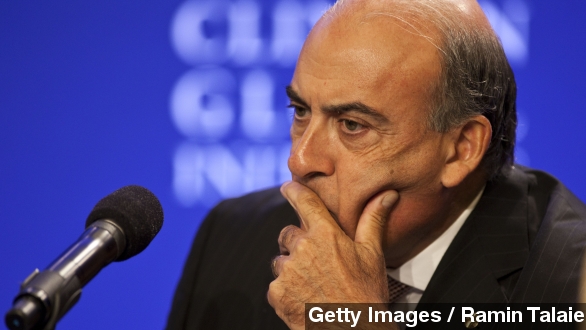 What would it take for you to pass up $2.5 million? Apparently Coca-Cola's CEO felt uneasy enough about recent earnings and projections for the future that he was willing to forgo one heck of a bonus.

Coke announced Thursday Muhtar Kent passed up the money "in light of the difficult but necessary decisions required as the company implements strategic actions to accelerate growth." (Video via Coca-Cola Co.)

Now, your opinion of how Kent did for himself in 2014 likely depends on which headline you read. Because while the CEO's $18 million total compensation remained relatively flat, Kent's pension had a great year and increased that total pay package to more than $25 million.

Coca-Cola is fighting off slumping soda sales and announced this fall it was launching a $3 billion cost-cutting drive mostly involving layoffs. The company has already predicted 2015 will be a "challenging year." (Video via National Geographic)

And then you have investors like David Winters who've actually called for Kent to be fired amid the company's poor performance and executives' past bonuses.

"The performance has been lousy, but they keep paying themselves more," Winters said on Fox Business.