A Fight Over Coal Miners Could Shut Down The Government 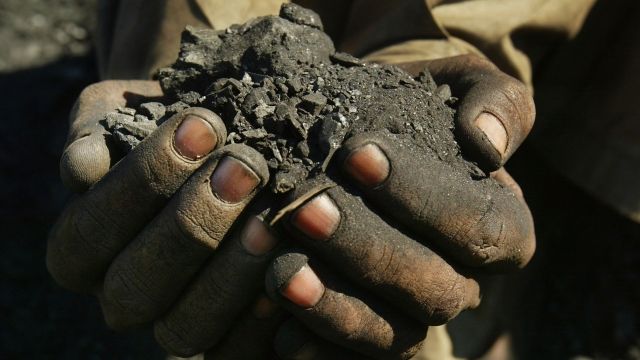 SMS
A Fight Over Coal Miners Could Shut Down The Government
By Briana Koeneman
By Briana Koeneman
December 9, 2016
Several Democratic senators could force the federal government to shut down if they can't extend pension and medical benefits for retired coal miners.
SHOW TRANSCRIPT

Coal miners seem to be at the center of the latest government shutdown concerns.

A stopgap spending bill to keep the government funded through April 28 passed overwhelmingly in the House on Thursday. The current spending plan expires midnight Friday.

But several Democratic senators, including Sen. Joe Manchin (D-W.Va.), are trying to convince the Senate to miss the bill's deadline. They want to continue negotiations with Republicans over extending medical benefits for miners.

Thousands of former union miners have been informed their health benefits will run out Jan. 1. And thousands more could face the same fate at a later date.

SEE MORE: A Sharp Decline In Coal Use Fuels Drop In Carbon Intensity

The House-approved stopgap bill only extends miners' health benefits for four months. Senate Democrats are demanding a vote to increase that to one year.

And they're hoping President-elect Donald Trump's support for coal country will put the heat on Republicans.

As incoming Senate Minority Leader Chuck Schumer told reporters: "I hope our new president-elect, who talked and got to know the miners, will speak out. We don't care about partisanship."

But Republicans say it's too late to negotiate. House members have already finished up their business and are heading home for the year. If lawmakers can't reach an agreement Friday, the government shutdown would start Saturday.