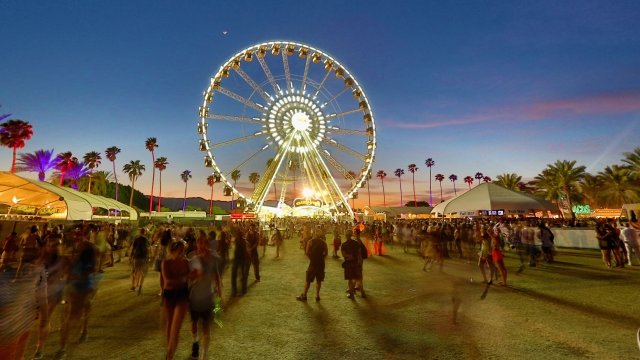 An Oregon music festival sued the companies behind Coachella and claimed the California music event prevents musicians from performing elsewhere.

Coachella makes some serious noise every year for bringing huge acts into Indio, California. But a music festival in Oregon says something sounds a bit off. It argues Coachella keeps artists from performing at other fests.

The Portland-based company behind the Soul'd Out Music Festival is suing the organizers of the Coachella Valley Music and Arts Festival for "unfair competition" and "unlawful restraint on trade." This is because of a strategy Soul'd Out argues Coachella uses to make sure it's the only attraction around.

At the heart of the lawsuit is Coachella's "radius clause." The Oregon festival argues that condition prevents artists from performing at other music festivals in the region, leading up to and after their appearances at Coachella.

Soul'd Out claims that Coachella's radius clause extends more than 1,000 miles from Indio — affecting the West Coast, Arizona and Nevada — and lasts for almost half the year surrounding artists' sets at Coachella (from Dec. 15, 2017, until May 7, 2018).

Soul'd Out argues in the lawsuit it's missed out on landing artists like Tank and The Bangas, SZA and Daniel Caesar because of the Coachella clause.

It's important to note that something like a radius clause isn't anything new in the live music industry. And in a way, it can ensure festivals that book musicians are protected from other events riding their coattails.

Radius clauses aren't all alike, and booking agents usually negotiate the stipulations. That could be partly why an artist like Noname can perform at both Coachella and Soul'd Out.

Artists who've signed onto Coachella's radius clause haven't spoken out on the details. And we can only speculate as to why those artists turned down Soul'd Out.

Whether or not Coachella's artist stipulations have affected other festivals could be a big factor in deciding if the California festival is out of line. Depending on how far this case goes, it could have an effect on a common industry practice.

Meanwhile, Goldenvoice, LLC — a co-defendant in the lawsuit — said in a statement, "The producers of Coachella will vigorously defend against this lawsuit, which calls into question a long-standing industry practice that is crucial to our ability to continue offering fans the unrivaled experience for which Coachella has become known."

Soul'd Out wants to have Coachella's radius clause to be voided and demands triple the amount of compensation for damages.