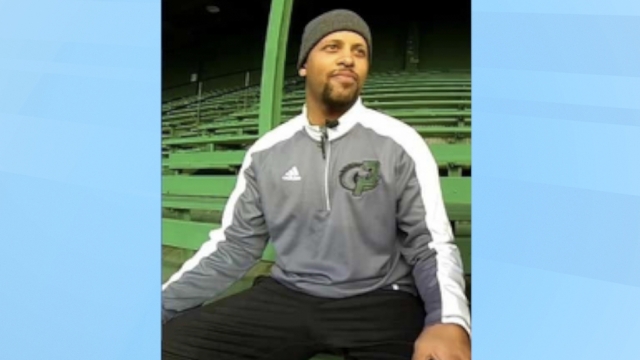 Keanon Lowe has received the Congressional Medal of Honor Society's Citizen Honors Award for his heroic actions at Oregon's Parkrose High School, where he used to be a coach and a security guard.

"In a fraction of a second, I analyzed everything really fast, I saw the look in his face, the look in his eyes, looked at the gun. I realized it was a real gun, and then my instincts took over."

In May, Lowe disarmed a student who brought a loaded shotgun into a classroom. This surveillance footage released in October shows Lowe hugging the student and passing the gun to another faculty member. He stayed with the student until police got to the scene.

Lowe said: "I felt compassion for him, and a lot of times, especially when you're young, you don't realize what you're doing until it's over. He broke down, and I just wanted to let him know that I was there for him. I told him I was there to save him, I was there for a reason and that this is a life worth living."

Lowe and five others who have exemplified "courage, sacrifice, commitment, integrity, citizenship and patriotism" will be honored with the nation's highest civilian honor. The awards ceremony was put on hold due to the coronavirus pandemic, but it will be rescheduled for a later date.