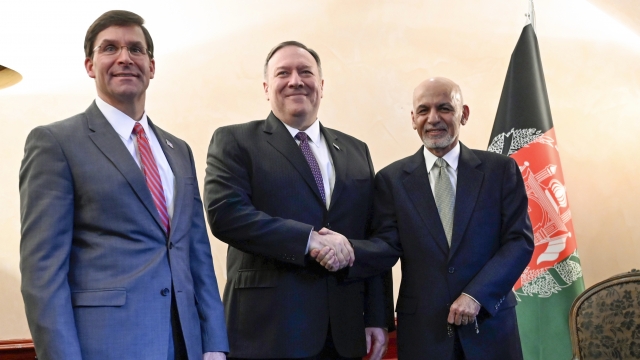 U.S. officials in Munich have reassured Afghan President Ashraf Ghani that the U.S. will not "abandon them," a source told CNN.

CNN's source said the U.S. officials also said if the Taliban breaks the terms of a freshly-minted peace plan, the U.S. "will have enough lethal power to destroy them" and the U.S. "will be with Afghanistan forever."

An anonymous senior U.S. official told The Associated Press Friday the agreement with the Taliban includes a weeklong "reduction in violence." After that, it calls for all-Afghan peace talks within 10 days.

The deal reportedly covers the entire country, including Afghan government forces. The truce is expected to take effect "very soon" and could kick-start the removal of some U.S. troops from the country.

On Saturday, Defense Secretary Mark Esper elaborated the deal will reduce U.S. troops in Afghanistan from 12,000 to 8,600.