Report: Trump Asked Rod Rosenstein If He Was 'On My Team' 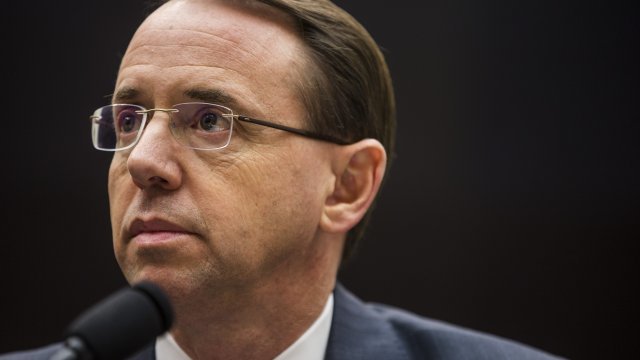 CNN reports President Donald Trump asked Deputy Attorney General Rod Rosenstein if he was "on my team" during a meeting in December.

The question came right before Rosenstein was set to testify in front of the House Judiciary Committee. He was hit with questions from both sides, including inquiries about the scope of the Russia investigation and whether anyone, including the president, had asked for his loyalty.

"Nobody's asked me to take a loyalty pledge, other than the oath of office," Rosenstein said.

CNN says Rosenstein went to meet with the president because he wanted Trump's support in fighting a documents request from Rep. Devin Nunes.

During that meeting, the outlet reports Trump asked Rosenstein where the Russia investigation was headed. Rosenstein has authority over the probe, since Attorney General Jeff Sessions recused himself. 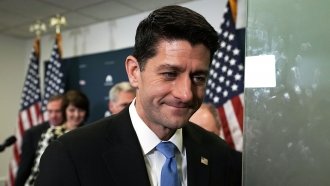 And when the president asked if the deputy AG was on his team, sources told CNN Rosenstein was surprised by the president's questions but said, "Of course, we're all on your team, Mr. President."

So what do the president's questions mean? Well, in and of themselves, not a lot, but they reflect a pattern of Trump trying to secure loyalty at the Justice Department.

It was reportedly just days after Comey's May firing that special counsel Robert Mueller expanded his investigation into Russian meddling to include possible obstruction of justice by the Oval Office.