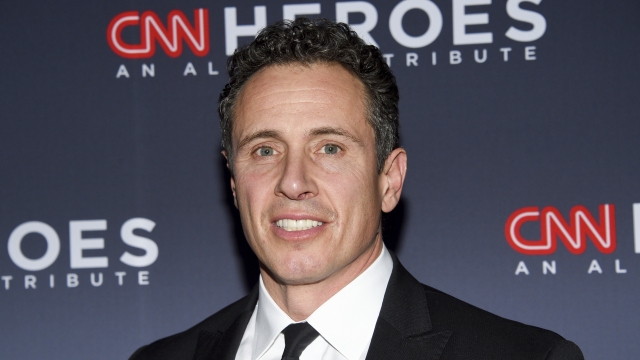 CNN said Tuesday it was suspending anchor Chris Cuomo indefinitely after details emerged about how he helped his brother, former New York Gov. Andrew Cuomo, as he faced charges of sexual harassment.

The network said that documents released by New York's attorney general Monday indicated a greater level in his brother's efforts than the network previously knew.

The CNN anchor had pressed sources for information on his brother's accusers and reported back to the governor's staff, and was active helping to craft their response to the charges, according to emails and a transcript of his testimony before investigators working for New York's attorney general.

Cuomo had previously acknowledged talking to his brother and offering advice when the governor faced the harassment charges that led to his resignation. But the information released Nov. 29 revealed far more details about what he did.

Cuomo's program, which airs at 9 p.m. Eastern time on weeknights, is often the network's most-watched show of the day.

Cuomo interviewed his brother on the air a number of times during the first two months of the COVID-19 epidemic. It was a hit with viewers, although it violated CNN's policy of not having Cuomo report on his brother, and was a programming choice that has grown worse with time and additional revelations.