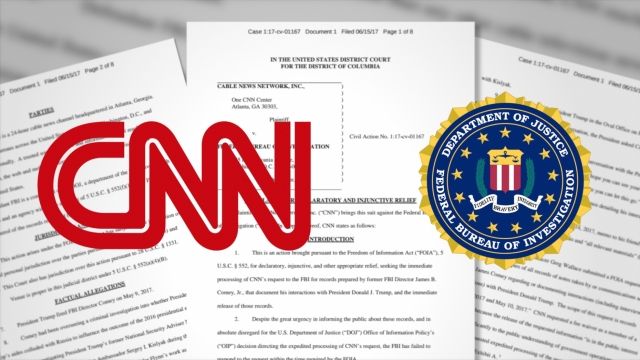 CNN has sued the FBI for the release of the memos former FBI Director James Comey kept of his conversations with President Donald Trump.

According to the lawsuit filed Thursday in federal court, CNN submitted a Freedom of Information Act request on May 16. Though the FBI agreed to provide the memos, it denied the outlet's request for "expedited processing."

The network appealed to the Department of Justice for a faster response to the request.

CNN said the memos "pertain directly to possible questions about the government's integrity affecting public confidence in the Presidency and the Executive Branch."

The Department of Justice granted CNN's request on June 2. 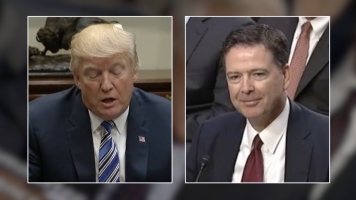 "My thinking was if i write it in such a way that I don't include anything that would trigger a classification, that'll make it easier for us to discuss within the FBI and the government and to hold onto it in a way that makes it accessible to us," Comey told Sen. Mark Warner of Virginia.

CNN argues that because Comey detailed the memos and said they weren't classified, there's no reason the FBI shouldn't hand them over.

But as of June 15, CNN still hasn't received the documents. And the lawsuit states the FBI wouldn't give the network a timetable for the release.

It's unclear why the FBI hasn't handed over the documents. But we do know the special counsel investigating the Russian attempt to influence the election has them.

"Do you have a copy of any of those notes personally?" Sen. James Lankford of Oklahoma asked.

"I don't. I turned them over to Bob Mueller's investigators," Comey replied.