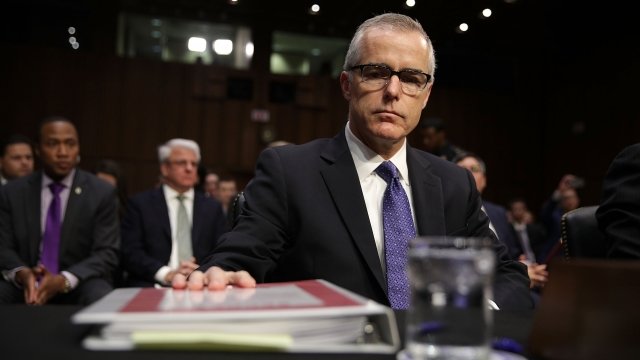 Senate Judiciary Committee Chairman Chuck Grassley reportedly asked McCabe to testify about the FBI's handling of the Hillary Clinton email probe. CNN says McCabe's lawyer responded, saying McCabe would testify, but only on the condition that anything he says during his testimony can't be used against him.

McCabe is the subject of a criminal investigation into his conduct as deputy director at the FBI. Investigators are reportedly looking at whether or not he lied to internal investigators about the FBI's interactions with a reporter in 2016. McCabe maintains he didn't do anything wrong.

CNN reports McCabe will invoke the Fifth Amendment if he doesn't get immunity, which could set up a showdown with lawmakers on Capitol Hill.