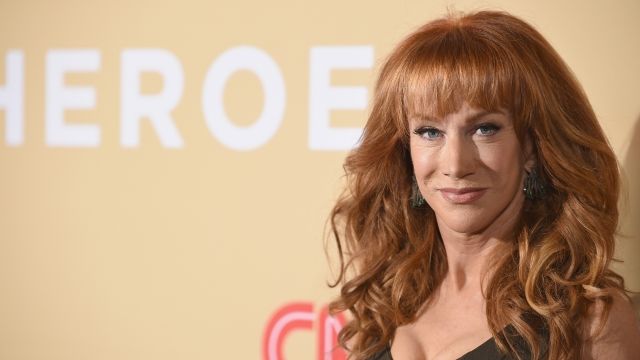 There won't be anymore spray-tanning, hair-dying or stripping with Kathy Griffin and Anderson Cooper on CNN's New Year's Eve countdown.

"Ladies and gentleman, Anderson Cooper has been spray-tanned," Kathy Griffin said during CNN's 2016 New Year's Eve broadcast. "We're live from Rio; we are live from Rio."

CNN said Wednesday it ended its agreement with the 56-year-old comedian to appear on the network's annual broadcast.

The decision came one day after images and video of Griffin holding a fake, decapitated head resembling President Donald Trump were released.

While Griffin and photographer Tyler Shields removed the images from their social media accounts, they're still available online. 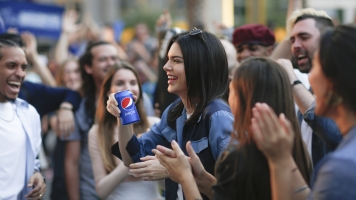 Hours after video from the photoshoot went public, Griffin apologized.

"I beg for your forgiveness. I went too far. I made a mistake, and I was wrong," Griffin said in a video posted on her Twitter account Tuesday night.

But the damage was done. Reports published Wednesday said Trump's 11-year-old son, Barron, saw the photos on TV and at first thought they were real.

Trump tweeted Wednesday morning that Griffin "should be ashamed of herself." He also said his children, especially Barron, "are having a hard time" with the photo.

First lady Melania Trump called the image "very disturbing" and said it "makes you wonder about the mental health of the person who did it."

Griffin had co-hosted CNN's New Year's Eve programming with Anderson Cooper since 2007. This year brought them their best ratings yet in a key demographic.