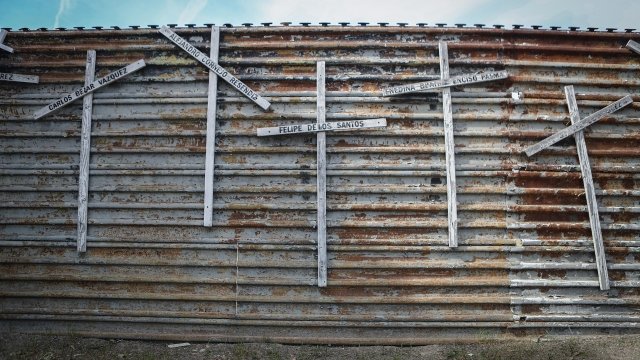 SMS
Report: Hundreds Of Migrant Deaths Unreported By Border Patrol
May 14, 2018
CNN reports it discovered 564 migrant deaths over the last 16 fiscal years that the U.S. Border Patrol didn't include in its data.
SHOW TRANSCRIPT

The U.S. Border Patrol failed to count hundreds of migrant deaths that happened along the U.S.-Mexico border, according to a CNN Investigates report.

During the last 16 fiscal years, CNN claims to have identified at least 564 deaths of people illegally crossing the border that were not included in the Border Patrol's official count of 5,984.

The news outlet says it identified these additional deaths by reviewing government documents and by interviewing medical examiners, sheriffs and pathologists, among other methods.

Border Patrol official Benjamin Huffman told CNN the agency's death count is incomplete. He said it does not include some deaths reported by local agencies because of different standards in how they determine and report those deaths.

Democratic Rep. Henry Cuellar from Texas says having accurate information is necessary for lawmakers to create effective border policy. Last year, he added language to a House appropriations bill that requires the Border Patrol to provide details on how it identifies and counts these kinds of deaths.