The Country Music Association Tried (And Failed) To Avoid Politics 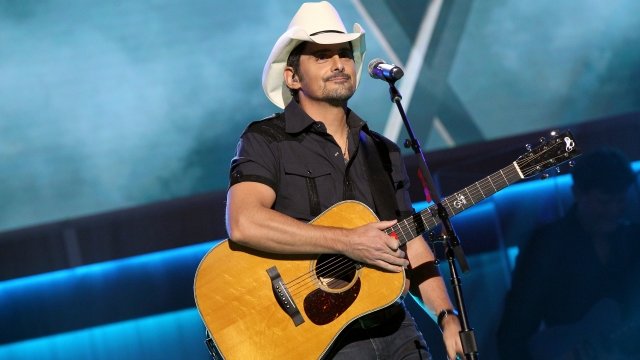 Ahead of the Country Music Association Awards, the CMA created strict media guidelines barring questions on "the Las Vegas tragedy, gun rights, political affiliations or topics of the like."

The association argued the upcoming awards ceremony shouldn't dwell on politics and that the evening should be focused on the music. But not everyone agreed.

Brad Paisley, veteran co-host of the ceremony, responded to the guidelines with a tweet. It read: "I'm sure the CMA will do the right thing and rescind these ridiculous and unfair press guidelines. In 3...2....1....."

The CMA did lift those media restrictions. It even apologized for the controversy. 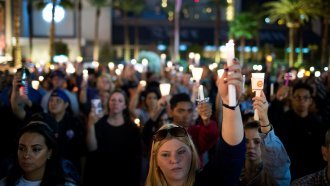 There's a perceived link between country music and conservative politics. Data even shows most listeners and artists come from conservative-leaning states. But while some artists have voiced political opinions in the past, many more have chosen to avoid politics overall.

Some have pointed to fears that they might alienate listeners. When The Dixie Chicks criticized then-President George W. Bush in 2003, they were reportedly "blacklisted from the industry."

This avoidance continued even after the shooting at the Route 91 Harvest festival in Las Vegas. Country stars Margo Price and Caleb Keeter both spoke out in favor of gun control after the shooting. But they were two of the few country musicians to respond to the tragedy by speaking about politics.

The CMA may have wanted to avoid more political statements, but that ultimately backfired. In response to the news, the Nashville Scene wrote: "Country music is a part of the national conversation on politics and gun violence whether you like it or not. Trying to force the media not to talk about it won't make it go away."