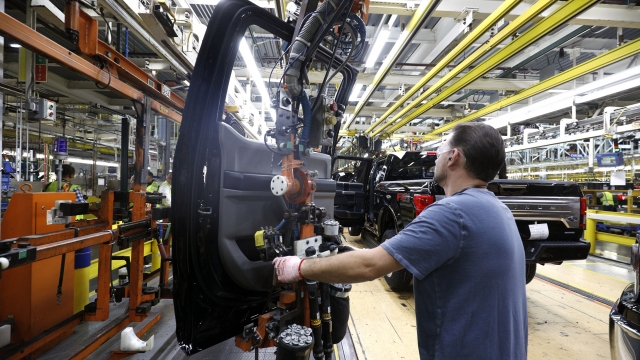 "And if they don't stop them we're closing the border. They'll close it and we'll we'll keep it closed for a long time," said President Donald Trump.

If President Donald Trump follows through on his threat to close the U.S.-Mexico border, (at least one organization says) it'll have a big impact on the American auto industry.

According to the Center for Automotive Research, the move could shut down production across the entire nation within days.

Here's why: the U.S. and Mexico rely on each other to produce cars. Experts say most, if not all, U.S. automakers depend on imported parts from Mexico. That includes important car functions like seat belt anchors and engine parts.

In fact, government statistics show Mexico was one of the United States' largest suppliers of goods imports in 2017. And the top import category that year? Vehicles, with $84 billion worth of imports.

A statement from the American Automotive Policy Council said that putting the brakes on commerce at the border would be "harmful" to the auto industry, and that border access is "critical" to U.S. factory operations.

It would also affect the economy overall. If vehicle production were to come to a halt, that would certainly impact the roughly 1 million auto factory workers' jobs across the U.S.

The President has said he plans to take some kind of action on the issue within the week.

"We have right now two big caravans coming up from Guatemala. Massive caravans walking right through Mexico. So Mexico's tough. They can stop them but they chose not to. Now they're going to stop them," President Trump said. "I'm not playing games. Mexico has to stop it."

Experts say whether that potential border shutdown lasts a day or much longer – the process of starting up factory production again could take months, and prove to be detrimental to U.S. auto suppliers.