Close To 90,000 Gallons Of Crude Oil Spilled Into The Gulf Of Mexico 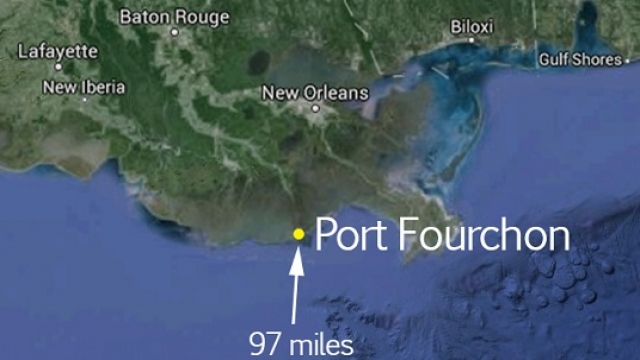 SMS
Close To 90,000 Gallons Of Crude Oil Spilled Into The Gulf Of Mexico
By Samantha Crook
By Samantha Crook
May 12, 2016
An underwater pipe system flowing to Shell's Brutus oil platform leaked an estimated 2,100 barrels into the Gulf.
SHOW TRANSCRIPT

The Bureau of Safety and Environmental Enforcement says 2,100 barrels of oil have spilled into the Gulf of Mexico.

The BSEE says Shell Offshore Inc. reported a sheen near four of its wells, about 100 miles off the coast of Louisiana.

The BSEE is still investigating the spill but says there have been no injuries or evacuations.

This video includes clips from Shell and the U.S. Navy.