Clooney Slated To Be First Guest On Colbert-Led 'Late Show' 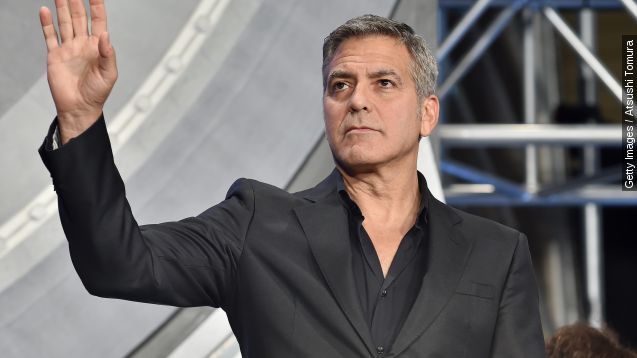 SMS
Clooney Slated To Be First Guest On Colbert-Led 'Late Show'
By Jake Godin
By Jake Godin
August 7, 2015
After months of not knowing who it'd be, Stephen Colbert has revealed who the first guest will be when he takes over "The Late Show."
SHOW TRANSCRIPT

It's official — actor and activist George Clooney will be the first guest on "The Late Show" after Stephen Colbert takes the helm this September.

"When I premiered the Colbeard, the Internet burned to the ground. And, and I'm particularly found of this, I made the cover of Homeless Sea Captain Monthy," said Colbert in a video promoting "The Late Show."

Colbert has been leading up to the launch of his "Late Show" takeover for months now with viral videos.

The appearance of a star as big as Clooney is good news for Colbert, who's going to have to compete with other, more entrenched late night hosts such as Jimmy Kimmel and Jimmy Fallon.

And, as it happens, Clooney was one of David Letterman's last guests before he departed "The Late Show" in May.

Colbert made the announcement through Twitter, adding that Clooney will show up when the show starts on Sept. 8.

"Folks I have often fantasized about getting invited to Clooney's palazzo in Italy, getting drunk, and going skinny-dipping in lake Como," Colbert said on his Comedy Central show "The Colbert Report."

No word yet on whether Colbert will be invited to Clooney's Italian villa to go skinny-dipping.