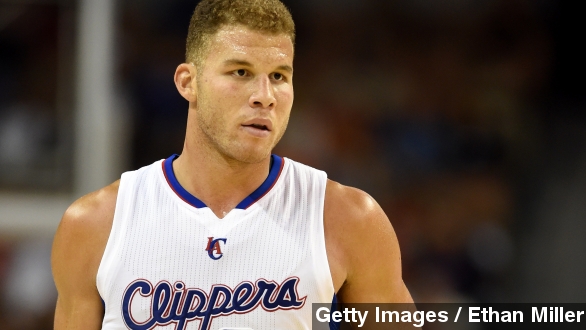 Los Angeles Clippers star forward Blake Griffin has been charged with misdemeanor battery after he allegedly slapped a man at a Las Vegas nightclub last month.

According to TMZ, 39-year-old Daniel Schuman says Griffin snatched his phone after becoming upset by all the camera flashes around him at Tao Nightclub in Las Vegas.

Schuman also says the 4-time NBA All-Star squeezed Schuman's hand and shoulder and slapped him in the face.

Griffin could face up to a $1,000 fine and/or either a six-month sentence or community service — though TMZ says it's "highly unlikely" he'll serve anytime behind bars because he has no prior violent incidents on his police record.

Plus, it looks like Griffin will still be able to suit up for the Clippers — at least for now. An ESPN writer says the NBA doesn't typically apply penalties until the player is convicted.

RAMONA SHELBURNE VIA ESPN: "You don't get suspended for anything like this unless you're actually convicted or if you plead no contest if you're convicted of a felony. But this is misdemeanor charge. So this is not a felony charge. It's a lesser charge."

Griffin's arraignment is scheduled for Dec. 8 at a Las Vegas court. Schuman, Griffin and the Clippers have all declined to comment on the incident.