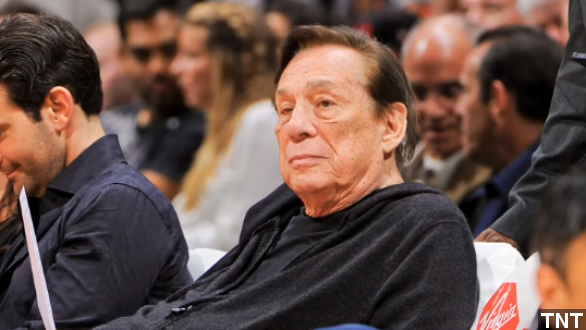 ​Donald Sterling and the Los Angeles Clippers are on the defensive after TMZ released a recording of several racist remarks from a man identified as Sterling.

"Yeah, it bothers me a lot that you want to broadcast that you're associating with black people. Do you have to?"

In the recording, the man repeatedly called minorities “the enemy” and told his mixed race girlfriend to stop publicly associating with black people.

In a recent statement to TMZ, Sterling and the Clippers deny that the views in the recording reflect the views of the owner. "It is the antithesis of who he is, what he believes and how he has lived his life."

The reaction to the audio has been anger and frustration across the league. NBA spokesman Mike Bass called the remarks “disturbing and offensive” and confirmed that the league is investigating the allegations.

And current and former NBA players are denouncing the owner. Former Lakers star James Worthy tweeted “I know coaches & players play for each other & especially THE FANS, but it would be hard for me to play another game for Sterling.”

According to a writer at Basketball Insiders, the Clippers themselves are “upset” and “mad” and held a team meeting last night when the news broke. ESPN analyst Chris Broussard compared Sterling to a slave owner.

"It is clear that Donald Sterling has the mentality of an antebellum slave master in that it's okay to make money off of African Americans but he doesn't view them as equal."

Even Magic responded, tweeting that “LA Clippers owner Donald Sterling's comments about African Americans are a black eye for the NBA.”

Yahoo NBA writer Adrian Wojnarowski says that with a history of racial problems, Sterling — who paid out $2.7 million in a housing discrimination suit in 2005 — must go. "The NBA has long insisted it stands for something bigger than basketball, that its sports' most progressive league, and Donald Sterling has always been the counter to that case… Once and for all, deal with him."

So what can the NBA do? Many, including former All-Star Shaquille O'Neal, are calling on commissioner Adam Silver and other owners to suspend Sterling.

"Unfortunate situation but I think the league needs to take a very, long, hard look at whether this guy should continue being an owner or not." ​(Via TNT)

And ESPN's Marc Stein writes that "If the NBA can't legally force him out, surely it can muster enough internal momentum -- combined with that public pressure -- to forcefully convince Sterling that he has no choice but to go through with those retirement plans once and for all."

Sterling's team, the Clippers, are currently battling the Golden State Warriors in the NBA playoffs.