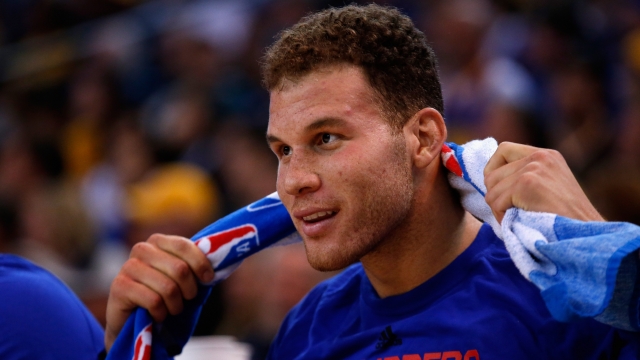 SMS
Clippers' Blake Griffin Apologizes For Punching Equipment Manager
By Matt Moreno
By Matt Moreno
January 27, 2016
The Los Angeles Clippers star reportedly got into an altercation with the team staffer at a restaurant in Toronto, resulting in a broken hand.
SHOW TRANSCRIPT

Los Angeles Clippers forward Blake Griffin is apologizing to his organization, teammates and fans after a strange altercation with the team's equipment manager.

"A situation among friends escalated, and I regret the way I handled myself towards someone I care about," Griffin said in a statement posted to Twitter. "I want to apologize to the Clippers organization, my teammates and the fans for creating a distraction." (Video via Nike)

ESPN reports Griffin will be sidelined for four to six weeks after getting into a fight with the team's equipment manager at a restaurant in Toronto. ESPN said the two traded insults, Griffin punched the Clippers staffer, then followed him outside and punched him again.

Griffin and the Clippers staffer, Matias Testi, actually appear to be good friends, with multiple pictures of them hanging out posted to each other's Instagram accounts.

"It's frustrating. You don't want it to happen to anyone. ... This type of stuff shouldn't happen, but it did," Doc Rivers told reporters.

Griffin, the team's leading scorer, has been sidelined since Dec. 26 with a quad injury. This altercation is expected to further his absence from the lineup. The Clippers have not yet announced if a punishment will be handed down for the 26-year-old, five-time All-Star. (Video via Red Bull)