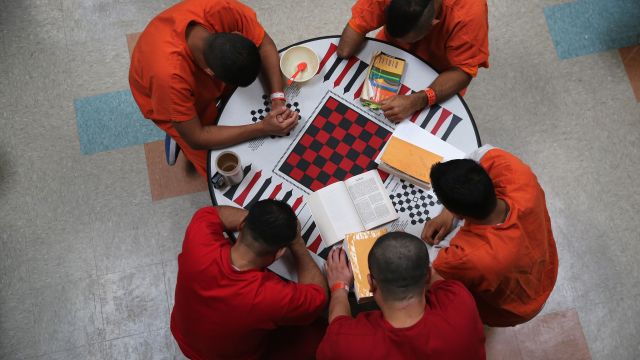 Well, not the entire federal system. While the Justice Department's Federal Bureau of Prisons is required to ultimately eliminate its use of private prisons, the Department of Homeland Security, or DHS, has no such requirement.

The DHS has brought in thousands of people and millions of dollars to private prison companies by holding immigrants who are waiting to be deported.

In 2015, the DHS helped the Corrections Corporation of America bring in nearly a quarter of its $1.8 billion in revenue.

Just this past August, the Corrections Corporation of America signed a four-year, $1 billion contract with the DHS to house asylum seekers from Central America.

And according to the Center for American Progress, the DHS's immigration detention program detains nearly double the number of people the DOJ's Bureau of Prisons does.

"If you are a recent arrival here or you're contemplating coming here illegally, you will be a priority for removal," said Jeh Johnson, secretary for the Department of Homeland Security.

All that being said, Johnson has announced the Homeland Security Advisory Council will review its use of private prisons, like the Corrections Corporation of America.

The committee is supposed to make a recommendation by Nov. 30. That's after election day.