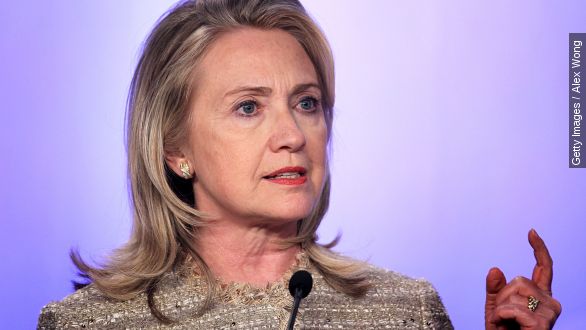 SMS
Clinton's Campaign Is Already Doing Things A Bit Differently
By Ben Levin
By Ben Levin
April 10, 2015
Hillary Clinton is expected to announce her presidential campaign, but she's doing it a bit differently, reflecting her fame and lack of competition.
SHOW TRANSCRIPT

Hillary Clinton is finally ready to officially enter the 2016 presidential election, but the presumptive Democratic nominee is mixing things up with her announcement.

For one thing, she'll be announcing on a Sunday — every other candidate so far has announced on weekdays.

She's also shying away from the highly charged events that typically open campaigns, instead opting for a prerecorded video announcement.

It's a big change from other announced candidates like Ted Cruz or Rand Paul, who made as much noise as possible when entering the race. (Video via Office of Sen. Ted Cruz)

"A message that is loud and clear and does not mince words. We have come to take our country back," Paul said.

But it's a move that makes sense for Clinton, a politician who neither enjoys large events nor really needs them — unlike her opponents, everyone already knows who she is. (Video via WJBK)

That might have hurt her in 2008 when she faced off against then-Sen. Barack Obama, a famously talented public speaker who used large events to make a big first impression and raise lots of money.

"An inspiration to my daughters and yours, Hillary Rodham Clinton," Obama said at the Democratic National Convention.

But Obama's not running for president this year, and so far, any new opponents for the Democratic nomination just haven't established themselves as true threats.

"At this point, there isn't some giant primary problem she has to overcome, anything on the order of Barack Obama in 2008," Washington Post reporter Anne Gearan said on MSNBC.

NPR reports that after her Sunday announcement, she'll head to Iowa for a full month of unscripted events with small groups of voters.