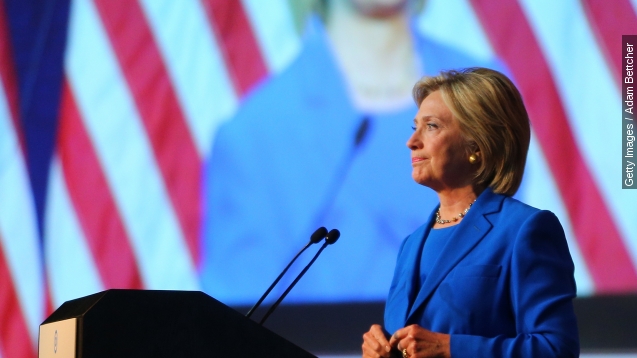 By Evan Thomas
September 5, 2015
According to the State Department, Bryan Pagliano never disclosed he had a source of outside income.
SHOW TRANSCRIPT

Hillary Clinton personally paid a worker at the State Department to manage her email server, according to an anonymous Clinton campaign official who spoke to The Washington Post. (Video via Hillary for America)

This gave her more control over the server's management, and also ensured it would not require taxpayer funds to keep it running. (Video via Hillary for America)

The Post reports the Clintons first paid Bryan Pagliano $5,000 to set up computer systems before he even joined the State Department, and then kept paying him. (Video via ABC)

The State Department hasn’t clarified whether it knew about or officially sanctioned the private management.

Though in August, a State Department rep said the agency had “found no evidence that he ever informed the department that he had outside income.”

Pagliano has since told a congressional committee investigating the 2012 Benghazi attacks he'll invoke his Fifth Amendment right to avoid self-incrimination rather than testify.

Clinton, meanwhile, sat down with Andrea Mitchell Friday to discuss the email situation.

“I was not thinking a lot when I got in," Clinton said. "There was so much work to be done. We had so many problems around the world. I didn’t really stop and think ‘what kind of email system will there be?’”

Clinton also acknowledged the server wasn't "the best choice" and said she was, "sorry that this has been confusing to people and has raised a lot of questions."