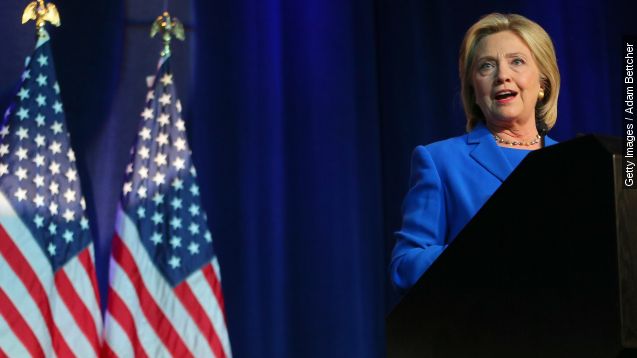 After avoiding questions on the subject, Hillary Clinton has come out against the 12-nation trade deal known as the Trans-Pacific Partnership. (Video via Hillary for America)

"Trade agreements don't happen in a vacuum, and in for us to have a competitive economy in the global marketplace, there are things we need to do here at home," Clinton told PBS NewsHour.

She told PBS her main concerns with the trade deal include, keeping jobs in America, currency manipulation and overly beneficial arrangements for pharmaceutical companies that could allow them to exploit customers.

Clinton initially supported the idea of the Trans-Pacific Partnership. But labor unions are strongly opposed to this free-trade agreement, and she's  aggressively courted those votes to win a spot in the White House.