Clinton Is Reportedly Vetting A Retired Navy Admiral For Veep 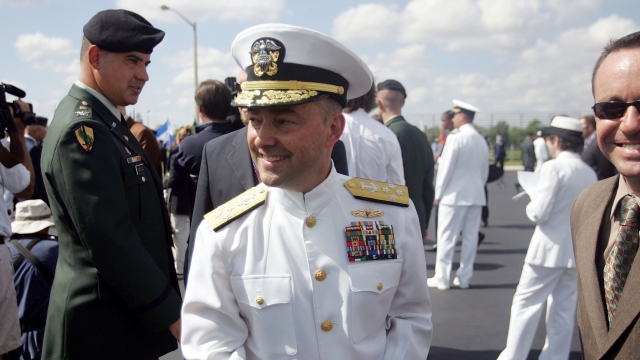 Stavridis is a retired four-star Navy admiral who served as NATO's supreme allied commander in Europe.

There's been a lot of speculation over whom Clinton may choose as her vice president. Sen. Elizabeth Warren is one name that's been thrown around.

Clinton will likely announce her VP before her party meets in Philadelphia for its presidential nominating convention in late July. She is also expected name her pick after the Republican National Convention ends.

Trump is also running out of time to announce a running mate. The Republican National Convention is in Cleveland next week, and he will need to make a selection before then. We will likely know who he has chosen later this week.

After both parties' nominating conventions, the candidates will be able to focus on the general election — and each other.

This video includes Getty Images and clips from ABC News and Hillary for America.