Clinton Emails: Will Slow Reveal Help Or Hurt Her Campaign? 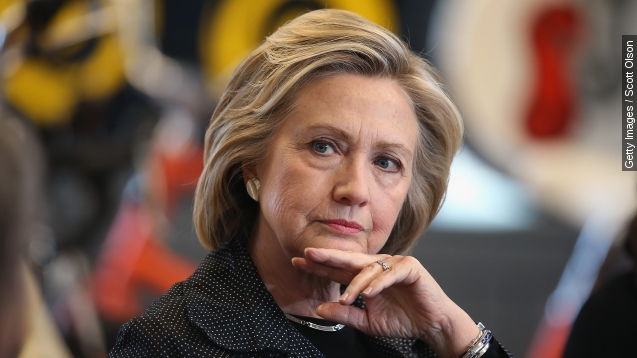 Analysts are split on whether it would be better for Clinton to have all of her State Department emails come out at once or a few at a time.

For the first time in 28 days, 2016 Presidential Candidate Hillary Clinton answered questions from the press, including a question about her ongoing email saga.

On Monday, the State Department proposed a deadline of January 2016 to release emails from the private account Clinton used when she was Secretary of State. That proposal was rejected by a federal judge Tuesday morning, who said the emails should be released bit by bit. (Video via ABC)

Analysts are split on whether the gradual release will be better for Clinton. The January 2016 release would have been right before the Iowa caucuses. (Video via Hillary for America)

"On the initial front, it hasn't been good for her. On the other hand I've had some Hillary partisans say to me, 'Well, we're glad you're writing these stories now rather than next year. We'll get them all out of the way," Wall Street Journal writer James Grimaldi told Fox News.

Stories like the news Monday that Secretary of State Clinton forwarded memos to her advisors giving advice on Libya, memos which were written by friend and Clinton Foundation employee Sidney Blumenthal.

The New York Times reports Blumenthal had business interests in Libya at the time.

"He's been a friend of mine for a long time. He sent me unsolicited emails which I passed on in some instances and I see that that's just part of the give and take. ... I'm gonna keep talking to my old friends, whoever they are," Clinton said.

The House committee investigating Clinton's emails related to Benghazi subpoenaed Blumenthal, demanding he appear before the committee in June.

The State Department said Tuesday it is working to release emails related to Benghazi first. (Video via MSNBC)