Clinton, Biden And Others To Speak At Dingell's Funeral Masses 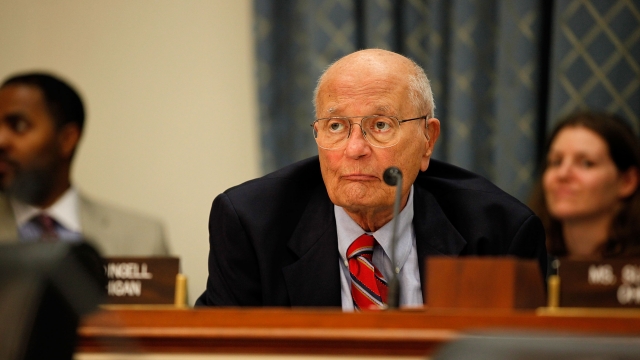 SMS
Clinton, Biden And Others To Speak At Dingell's Funeral Masses
By Katherine Biek
By Katherine Biek
February 12, 2019
One service will be held in Dearborn, Michigan on Tuesday, with another in Washington, D.C. on Thursday.
SHOW TRANSCRIPT

A number of current and former politicians are gathering in Dearborn, Michigan, Tuesday to attend the funeral mass for former U.S. Rep. John Dingell.

According to the Detroit Free Press, former Vice President Joe Biden, U.S. Rep. John Lewis of Georgia and U.S. Rep. Fred Upton of Michigan will all speak at the service.

Former President Bill Clinton and House Majority Leader Steny Hoyer are among those scheduled to speak at another funeral service for Dingell on Thursday in Washington, D.C.

Dingell, who was the longest-serving member of Congress in history, died last week at the age of 92. The Democrat from Michigan served for more than 59 years in the House of Representatives before retiring in 2015.

Dingell, who served in the Army during World War II, will be interred at Arlington National Cemetery.