Climate Warming Could Boost The Odds Of Severe Heat Events 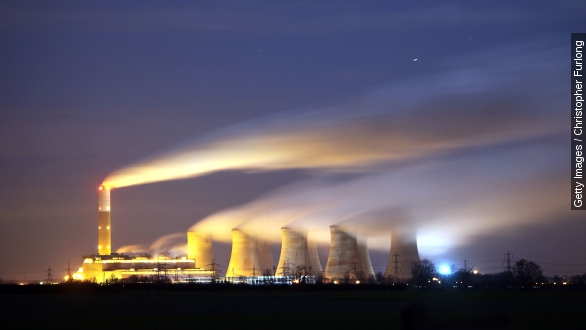 SMS
Climate Warming Could Boost The Odds Of Severe Heat Events
By Evan Thomas
By Evan Thomas
April 29, 2015
A new study shows rising global temperatures could increase the odds of extreme heat events by more than 60 times over.
SHOW TRANSCRIPT

Climate researchers at ETH Zurich report global warming as a result of human emissions has quadrupled the likelihood of some extreme heat events and, if left unchecked, could make such heat waves more than 60 times more likely. (Video via NASA)

It’s the latest in a number of studies which show human-generated climate warming increased the risk of extreme temperature events.

But this is one of the first studies to examine how those odds might change if climate warming continues unchecked.

“People can argue that we had these kinds of extremes well before human influence on the climate — we had them centuries ago. And that’s correct. But the odds have changed, and we get more of them.”

The researchers ran a long computer simulation of a climate without human influence, to establish what the weather of an unmodified earth would look like. Then they compared it to current climate information, with the humans.

The authors are careful to note their data does not suggest human warming causes more extreme temperature events, but that human warming makes them more likely to occur.

All the same, the research could raise the stakes for talks on limiting human contributions to climate change, such as the U.N.’s climate conference in Paris later this year. (Video via The Guardian)

The Washington Post notes while industrialized nations favor a warming limit of 2 degrees Celsius, a number of other countries call for a 1.5-degree limit and could hold up this study as evidence for stricter limits.