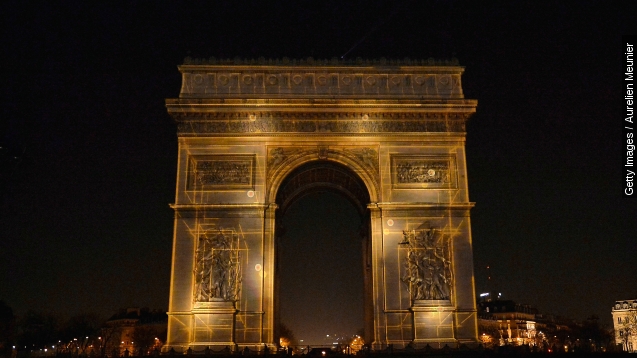 SMS
Climate Protection Will Need More Money Than It Gets From Paris Talks
By Evan Thomas
By Evan Thomas
November 28, 2015
Private and public funding projects will contribute billions of dollars to combating climate change, but national efforts will need even more money.
SHOW TRANSCRIPT

The emissions reductions that could come out of the Paris climate talks will be very expensive — even with some high-profile help.

Bill Gates is expected to announce a $2 billion clean energy fund at the climate talks in Paris in hopes of giving the conference more momentum. (Video via TED)

Participating countries will agree to double their clean energy R&D budgets, which could have an even greater effect than the initial infusion of cash.

"As Secretary of State, Hillary Rodham Clinton pledged that developed countries would send $100 billion annually to poor countries by 2020 to help them pay for the energy transition," said a writer for The New York Times.

That's $102 billion so far, plus whatever increases come out of those bolstered research budgets. But it won't be enough. (Video via Intergovernmental Panel on Climate Change)

Consider India, the fifth largest national energy economy and one of the expected power players during the Paris talks.

Estimates from the country's U.N. climate pledge indicate it would need some $2.5 trillion to fund its climate goals through 2030.

So in some ways, this is just the latest reminder that we should temper our expectations.

There's still an 11th-hour debate over whether agreements there should be legally binding.