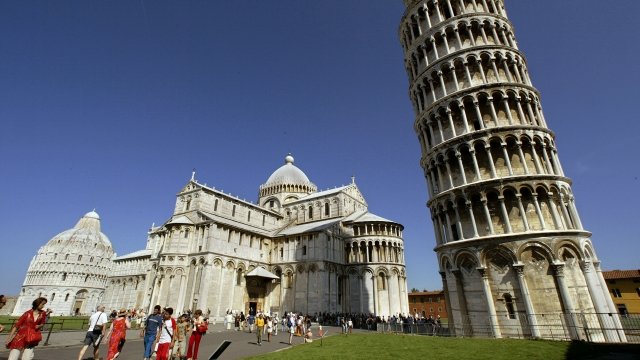 About 40 famous ancient Mediterranean sites, including Venice and the Blue Mosque in Turkey, are at risk of being irreparably damaged due to the effects of climate change.

According to a study published Tuesday, World Heritage sites across the Mediterranean region face significantly increasing risks of floods and erosion damage by 2100, especially those in countries like Italy, Croatia, Greece and Tunisia.

The study says the reason so many of these sites are vulnerable is that many early civilizations were built near bodies of water. And although sea levels have been slowly rising over the last 3,000 years, their rise has escalated over the past century due to climate change largely driven by human activity.

Ultimately, the study says these risks can be minimized if "rigorous climate change mitigation is pursued as planned under the Paris Agreement."

Some of the countries where these sites are located have already devoted resources to help protect them from climate change's effects. Venice, for example, has been constructing a mobile barrier system to help guard against floodwaters for over a decade, and it should be completed by 2022.