Climate Change And Pollution Are Stripping Oxygen From The Oceans 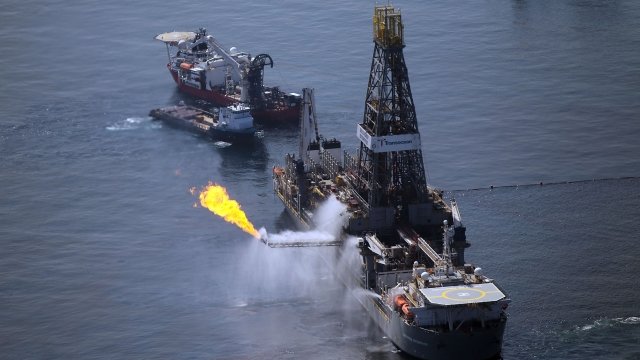 SMS
Climate Change And Pollution Are Stripping Oxygen From The Oceans
By Tyler Adkisson
By Tyler Adkisson
January 4, 2018
While climate change warms Earth's waters, it also creates another problem: a big loss of oxygen in water.
SHOW TRANSCRIPT

On Earth, about half of all oxygen comes from the ocean, but human activity in the environment is making it dissipate. Now, in a series of new papers, researchers measured just how much oxygen we've lost and how that could mean trouble for life on Earth.

Climate and oxygen levels have an interesting correlation. As the ocean surface gets warmer, it's harder for oxygen to reach its interior. If it gets too warm, oxygen levels can be so low, they create "dead zones" where animals can suffocate. This could be a problem for cities that depend on fisheries and tourism to bolster their economies.

It's also happening at an unprecedented rate. Researchers estimate during the past 50 years, 77 billion metric tons of oxygen left Earth's open oceans. In that time, the total amount of Earth's water with no oxygen quadrupled. Parts of oceans with dangerously low levels of oxygen now span areas as big as the European Union. 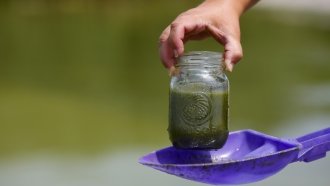 The rapidly warming climate is also accelerating the deaths of smaller marine ecosystems like coral reefs. In the early 1980s, severe coral bleaching events happened only once every 25 or 30 years. But climate change increased the frequency of severe events to about once every six years.

Although oceans are bleeding more oxygen than ever, researchers say if humans try to slow climate change and pollution, we could help oceans get back to producing more oxygen.