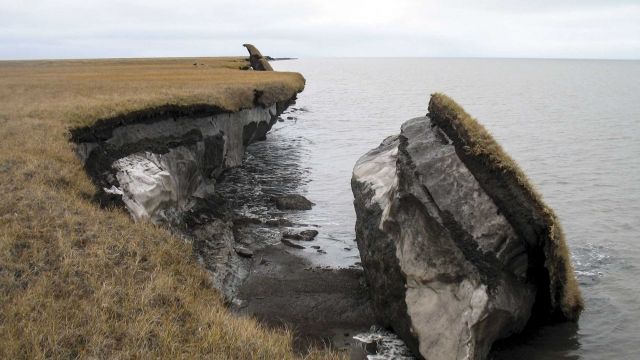 SMS
Climate Change Is Melting The Arctic Ice Out From Under Our Buildings
By Evan Thomas
By Evan Thomas
May 23, 2017
Researchers don't think a frozen arctic will always be as stable or as safe as we thought it would be.
SHOW TRANSCRIPT

We've built everything from roads to pipelines to nuclear power stations on the cold ground at the top of the world. But climate change means ice is melting, and permafrost is getting less permanent.

In Greenland, melting ice is expected to expose an old U.S. military base — and the radioactive waste that's buried under the snow.

"They thought it would snow in perpetuity," arctic researcher William Colgan told NPR. "And the phrase they used was that the waste would be preserved for eternity by perpetually accumulating snow."

In Svalbard, in the Arctic Ocean, there's a bunker holding a huge catalog of Earth's seeds — a so-called "insurance policy for the world's food supply."

The permafrost is supposed to keep it cold and isolated, even if the power cuts out. But it's been raining instead of snowing due to the warming climate, and the vault was never planned with flooding in mind. 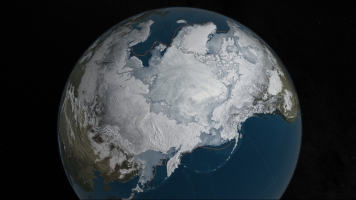 Entire cities in the Arctic Circle are engineered to take advantage of permafrost. Now they're cracking and sinking. In Norilsk, Russia, builders didn't account for the possibility of climate change making their foundations unstable. Whole apartment buildings are being condemned.

These changes were unexpected, but we can still address them. Officials in Norway say they're waterproofing the seed vault. Scientists in the European Union built a database to track what permafrost is melting and when.

And we should be able to prevent some melting outright. The steps we take to cut emissions and counter climate change will slow down the arctic thaw.