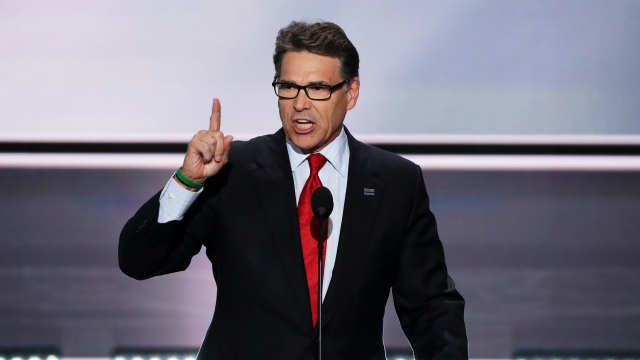 SMS
Department Of Energy Might Stop Talking About Climate Change
By Matt Picht
By Matt Picht
March 29, 2017
A Politico report says one Energy Department official asked his staff not to use phrases related to climate change.
SHOW TRANSCRIPT

So a Politico report caused a bit of a stir when it claimed an official in the Energy Department asked his staff to stop using phrases relating to climate change.

Specifically, Politico says a supervisor at the Office of International Climate and Clean Energy told his staff not to use the phrases "climate change," "emissions reduction" or "Paris Agreement" in their written memos. The office previously facilitated the U.S.' role in several big international efforts to advance clean energy.

Department officials deny outright banning of the phrase "climate change." But Politico notes an informal practice of avoiding the words has taken root.

The outlet went on to say Energy Secretary Rick Perry and his staff have a "visceral reaction" to mentions of climate change.

The department's role in dealing with climate change has brought it into conflict with Trump's team before. Department staffers protested after Trump's transition team asked for a list of employees who've worked on climate change initiatives.

Sierra Club Climate Policy Director Liz Perera responded to the report by saying, "Ignoring the climate crisis will not make it go away, will not create jobs in the booming clean energy economy and will not make our country great. ... The only place the climate is not changing is in the minds of those in the Trump administration."