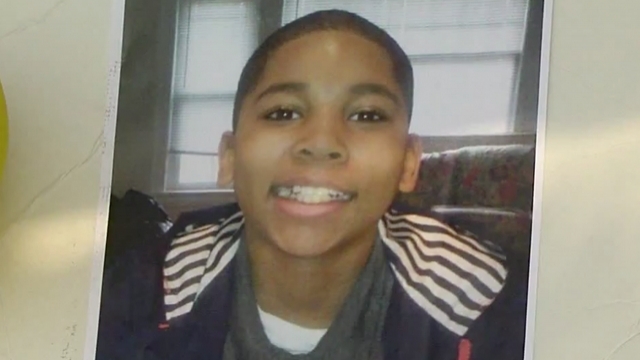 SMS
Cleveland Fires The Police Officer Who Shot And Killed Tamir Rice
By Grant Suneson
By Grant Suneson
May 30, 2017
Officer Timothy Loehmann, who killed the 12-year-old in 2014, was fired for lying on his application.
SHOW TRANSCRIPT

The Cleveland police officer who shot and killed 12-year-old Tamir Rice has been fired.

The Cleveland Police Department announced it dismissed Officer Timothy Loehmann. The move comes two and a half years after he fatally shot Rice, reportedly mistaking Rice's pellet gun for a real one.

The officer who was driving the car, Frank Garmback, will be suspended for 10 days because he violated tactical rules on driving to the scene.

Loehmann wasn't fired because he shot Rice, but because he misled the department with his job application.

His personnel file said he had a "meltdown" during a weapon training course at another department in 2012. Loehmann was in the process of being fired from that department for failing to follow instructions and a lack of maturity — something he failed to disclose on his application.

Rice's shooting caused an outcry from the public when video footage revealed Loehmann shot Rice almost immediately after arriving on the scene.

In a statement, Rice's mother said she was "relieved Loehmann has been fired … but he should have been fired for shooting my son in less than one second, not just for lying on his application."

In 2016, the city of Cleveland paid the Rice family $6 million to settle a wrongful death suit.

In 2015, a grand jury chose not to bring criminal charges against Loehmann for the shooting.