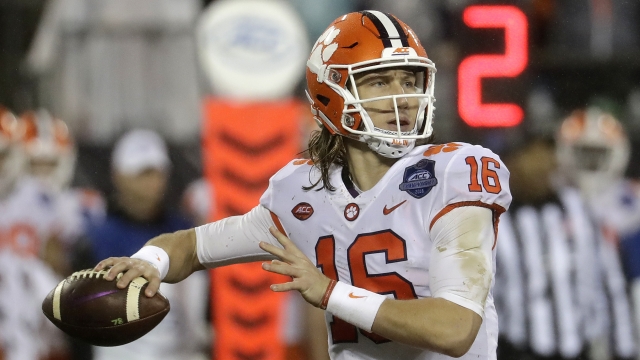 One of college football's biggest names – and potentially the top pick in the 2021 NFL draft – is being sidelined due to COVID-19.

This means he will undoubtedly miss Saturday's game against Boston College, leaving backup quarterback D.J. Uiagalelei to take the snaps.

Now, Clemson is heavily favored in their matchup against the Eagles – so it's not the end of the world for Trevor Lawrence to be sitting out.

It's next week's game against #4 ranked Notre Dame that could raise some concerns for Clemson fans.

Lawrence was tested on Wednesday and received his positive result on Thursday. So ten days from then would mean he could return to the team on Sunday, Nov. 8 – one day after their game against Notre Dame.

But let's say he started experiencing symptoms on Tuesday and immediately began his isolation. That would allow him to potentially play in their game against the Fighting Irish – but only if he doesn't display any symptoms and passes a number of respiratory and cardiac tests.