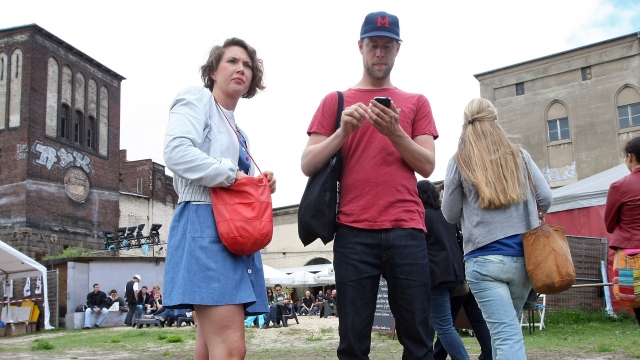 The middle class gets lots of attention from politicians. In his 2019 State of the Union, President Trump shouted them out twice, including: "We can make our communities safer, our families stronger, our culture richer, our faith deeper, and our middle class bigger and more prosperous than ever before." Democrat Joe Biden, who calls himself "Middle Class Joe," declared "the middle class is hurting" in the first rally of his 2020 campaign.

A Pew Research Center analysis finds 52% of American adults are middle-class. That’s down from 61% in 1971. When they're counting heads, Pew includes adults whose annual household income is two-thirds to double the national median income. In 2017, that was $46,153-$138,460 — a big spread.

Then you have former Labor Secretary Robert Reich's yardstick: He says middle class should be defined as households making 50% more or less than the national median.

Some experts don't consider income at all. CNN broke down a whole list including factors like wealth. An NYU expert lumps in the middle three-fifths of the wealth distribution. This includes, for example, retirees with sizable nest eggs who have no traditional income.

How much a person spends is another method.

A leading economist at Notre Dame focuses on spending on food, transportation, entertainment, housing and other items. But he excludes health care expenses and education. The middle class according to economist James Sullivan? Those in the middle fifth of spending — a much slimmer group.

Then there is the "aspiration" definition of middle class. That's what a 2010 White House report on the middle class used. It concluded that middle-class families aspire to own a home and car, afford a college education for their kids, have health and retirement security, and occasionally take a vacation.

Finally, the Federal Reserve Bank of St. Louis has still another middle class metric  — the demographically defined middle class. It's a complicated formula based on three persistent characteristics of every family head: age, educational attainment, and race or ethnicity.

So with all of that in mind, do you fit into the middle class? It's hard to know with all the definition competition. Perhaps that's the political beauty of a catchall label: It feels like you're talking to nearly everyone.