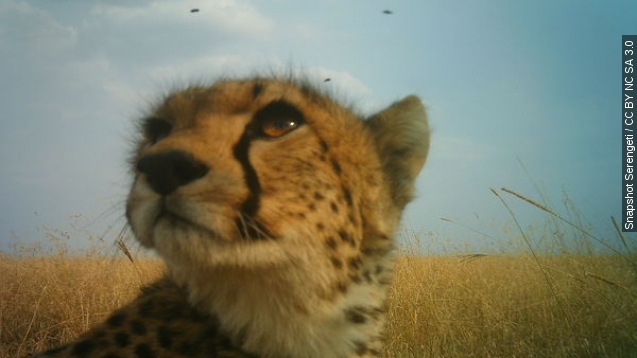 These aren’t just safari photos. The million-plus images of the Snapshot Serengeti project could be a significant boon to both conservationists and the scientists training our computers to recognize the abstract makeup of images: to know that’s a cheetah or those are giraffe knees.

The project started in 2010 when then-doctoral student Alexandra Swanson set up 225 automated cameras in a rough grid to capture wildlife moving around in Serengeti National Park in Tanzania.

In 2012, some of the cameras' collected images — about 300,000 shots of local wildlife — went online so people could help identify the subjects.

Visitors can narrow down which animals are in a shot by filtering for characteristics, such as body type, whether it has a tail and what its fur pattern looks like.

The data shows, on average, these volunteer naturalists are 97 percent correct. In case of ambiguous images, they cast majority votes.

What's more, the researchers say this is the perfect opportunity to train our computers to better recognize various animals.

Not only do they now have a huge pile of pre-identified images to work with, the Los Angeles Times explains the candid nature of each shot presents an important challenge:

"Camera traps often capture images with the critter out of focus, only partly in the frame or with other individuals — and computer programs must be trained to account for all these factors."

Computer vision is a relatively new field, but it's already making big strides.

"The computer, at the lowest level, begins to recognize very simple features, like the edges of objects," said The New York Times' John Markoff.

And computers are getting better at recognizing the abstract objects that make up a given image. (Video via TED)

Swanson and the rest of the team on Snapshot Serengeti expect their images will be used to push machine vision further along. In the meantime, their findings to date have been published in the Nature journal Scientific Data.

This video includes images from Snapshot Serengeti / CC BY NC SA 3.0 and music from Kevin MacLeod / CC BY 3.0.