Other UK Buildings Have Flammable Cladding Like Grenfell Tower's 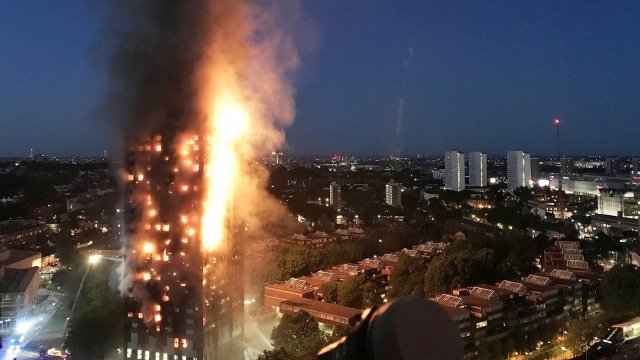 SMS
Other UK Buildings Have Flammable Cladding Like Grenfell Tower's
By Lindsey Pulse
By Lindsey Pulse
June 22, 2017
Authorities are inspecting around 600 buildings across the U.K. to see if they contain the same material.
SHOW TRANSCRIPT

Authorities have found the highly flammable cladding used to construct Grenfell Tower in even more buildings across the U.K.

The cladding — which is banned in buildings of a certain height in the U.K. — has been blamed for the rapid spread of flames at the Grenfell Tower apartment building. At least 79 people are confirmed or presumed dead in the fire.

Now, local authorities are conducting safety tests on about 600 buildings to see if they have the same material. So far, they have found the cladding in samples from at least seven buildings.

The exact cause of the deadly Grenfell Tower blaze is still unknown. The building reportedly had no central sprinkler system or fireproof doors — both of which could have contributed to the fire's rapid spread.

The government has said people living in buildings where the combustible cladding is found should be rehoused until it's removed.

Test results from other buildings are expected to be announced in the coming days.