Civilians And Military In Sudan Reach Agreement To End Protests 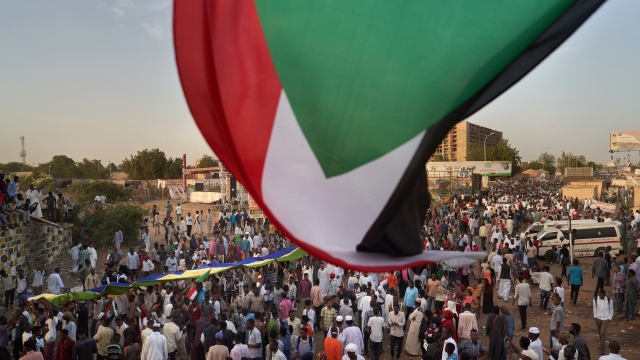 SMS
Civilians And Military In Sudan Reach Agreement To End Protests
By Caitlin Baldwin
By Caitlin Baldwin
July 5, 2019
Protesters, numbering in tens of thousands, have been calling for the army to hand control over to a civilian government for months.
SHOW TRANSCRIPT

Civilians in Sudan lined the streets to celebrate an agreement between a pro-democracy movement and military leaders to share power — a possible end to a months long standoff.

An African Union envoy made the announcement on Friday, saying the two sides agreed to form a joint sovereign council to govern Sudan on rotation "for a period of three years or slightly more." That's when elections are expected to take place.

Each side will fill five seats of the council. The 11th seat will go to an agreed upon civilian with a military background.

The government has been under military leadership since President Omar al-Bashir was ousted in April. Tens of thousands of people protested for the army to hand over control to a civilian government.

Previous negotiations stalled in June when security forces launched a raid on the protest camp, killing more than 100 people and injuring hundreds more.

The two sides also agreed on Friday to launch a "transparent and independent investigation" into that deadly raid.