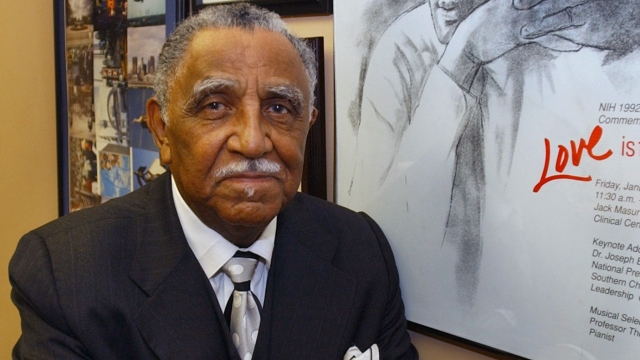 He spent much of his life fighting segregation and lived to see the first black president.

Lowery spent around half his life fighting segregation, and lived to see the first black president. He delivered the benediction at President Barack Obama's inauguration.

In his prayer, Lowery said: "We ask you to help us work for that day when black will not be asked to get in back; when brown can stick around; when yellow will be mellow; when the red man can get ahead, man; and when white will embrace what is right."

President Obama awarded him the Presidential Medal of Freedom in 2009.

Obama said at the time: "Born and raised in Jim Crowe Alabama, preaching in his blood, the Reverend Joseph Lowery is a giant of the Moses generation of civil rights leaders.

Lowery is survived by his three daughters.