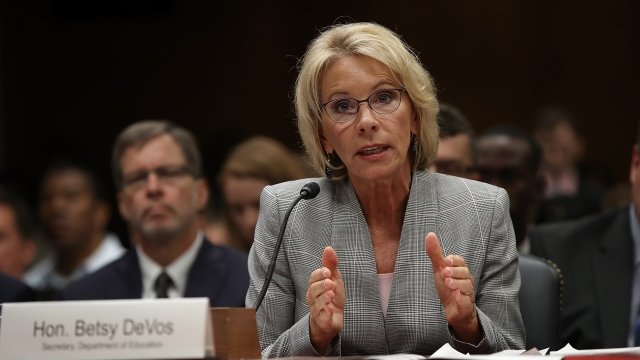 The groups argue the policies violate federal law and have had a "chilling effect" on survivors coming forward.

"They fear they are no longer able to get a fair shake," said Stacy Malone, executive director of the Victim Rights Law Center. "Their reports will not be taken seriously because survivors will be dismissed as women who had drunk regret sex." 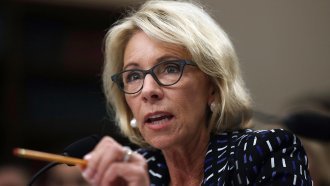 Betsy DeVos' Relationship With Her Department Continues To Deteriorate

Last year the Department of Education scrapped Obama-era sexual assault policies. In short, the instructions told campuses to use the lowest standard of proof called preponderance of evidence when handling cases.

Under Devos' guidance, schools can use either the preponderance standard or the clear and convincing evidence standard; the latter is harder to meet.

In the suit, the groups condemn Devos and her department, alleging its new guidance is built on "unfounded generalizations" about women and their credibility. They want the policy thrown out.