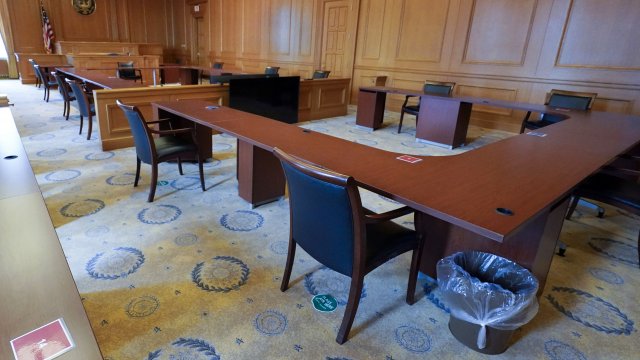 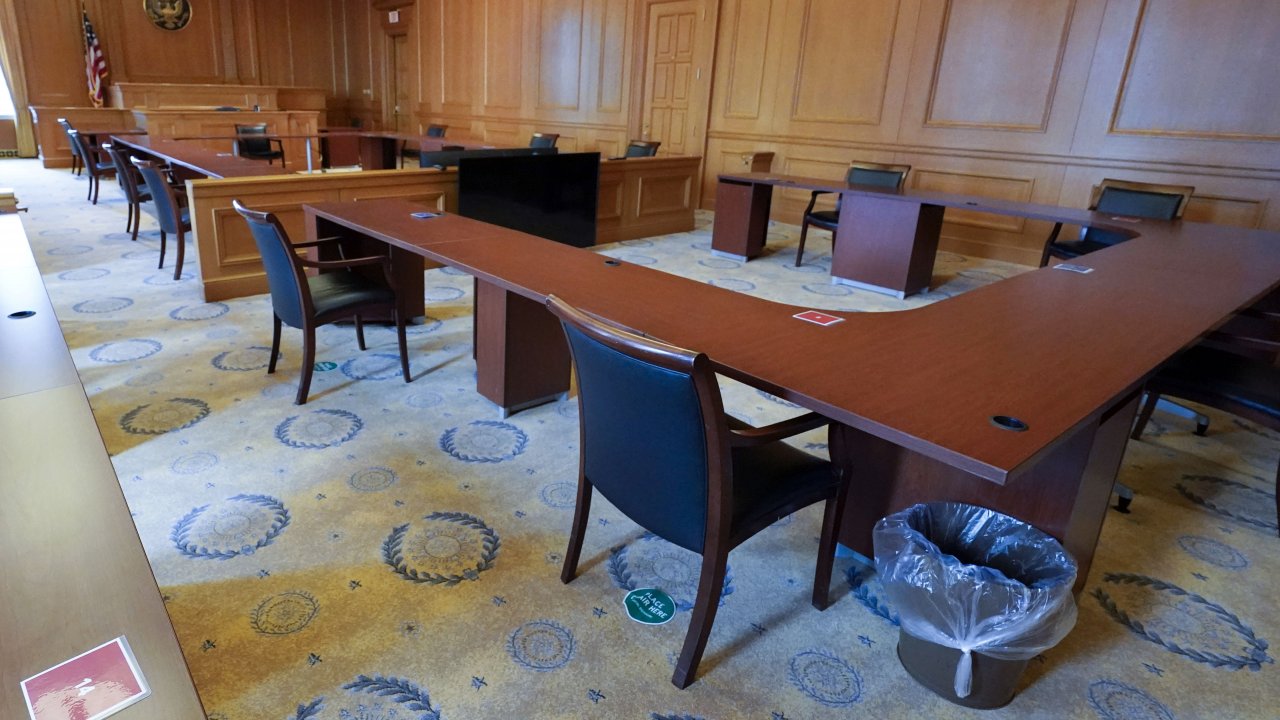 The jury weighing the fate Ghislaine Maxwell's fate said Tuesday they were “making progress” at the end of the fourth full day of deliberations at the closely watched sex trafficking trial where a judge expressed concern New York City's coronavirus surge could derail proceedings.

Judge Alison J. Nathan granted jurors' request to leave at 5 p.m. — an hour earlier than planned — but told them they were expected to work toward a verdict the rest of the week, if needed. Earlier Tuesday, Nathan told lawyers out of the presence of the jury that the “astronomical spike” in the number of coronavirus cases necessitated jurors working longer hours.

“We now face a high and escalating risk that jurors and trial participants may need to quarantine,” Nathan said. “We are simply in a different place regarding the pandemic than we were a week ago.”

In her explanation to the lawyers, Nathan voiced what had largely gone unmentioned in her previous requests to get the jury to work overtime: the fear that sickened jurors could force a mistrial.

“We now face a high and escalating risk that jurors and trial participants may need to quarantine,” Nathan said. “We are simply in a different place regarding the pandemic than we were a week ago.”

During the first week of deliberations, the jury stopped at 5 p.m., but Nathan told jurors late Monday that they should be prepared to stay until at least 6 p.m. moving forward. Despite that, the judge agreed to release them early after they assured her, in a note: “Our deliberations are moving along and we are making progress."

The judge had told lawyers she was considering informing jurors she would require deliberations every day — including the New Year's weekend, if necessary — until they reach a verdict. But after defense lawyers pushed back, she chose Tuesday to not tell jurors that weekend deliberations were a possibility.

Laura Menninger, a defense lawyer, told Nathan on Monday that any suggestion that the jury stay later “is beginning to sound like urging them to hurry up.”

“We would object to trying to urge them to stay later if they are not asking to do so and aren’t expressing any difficulty in proceeding with the deliberations that they are currently undertaking,” Menninger said.

Menninger noted that the jury was continuing to request transcripts of trial testimony and other materials that indicate they are working diligently to decide six charges alleging Maxwell played a crucial role in Epstein's sexual abuse of teenage girls between 1994 and 2004.

Defense lawyers have said Maxwell, 60, is being used as a scapegoat by prosecutors after the U.S. government was embarrassed by Epstein's suicide at a federal jail in Manhattan in August 2019 while he awaited a sex trafficking trial.

Maxwell was arrested in July 2020 and has remained in jail after Nathan repeatedly rejected bail attempts, including a $28.5 million package with 24-hour armed guards to ensure she did not flee.