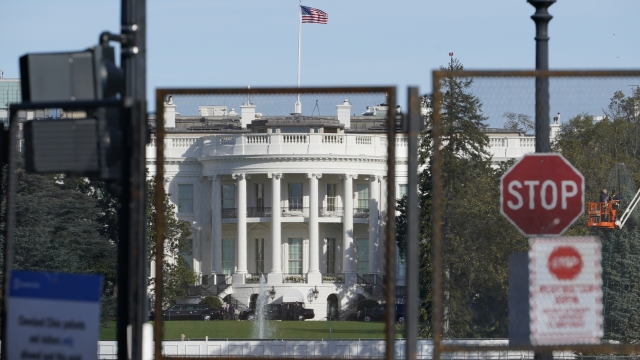 As the nation awaits results from the presidential election, the White House and cities across the country brace for potential unrest.

Whether the race ends in a tie, or President Trump wins reelection, or Joe Biden becomes our next president, there will be strong reactions. And there is some concern about potential conflict.

One business owner said, "The fear is that depending on how it works out, that there will be protests." Businesses in cities nationwide are boarding up, closing early, and bracing for demonstrations.

This is a look at downtown Denver. It's similar to what we're seeing in New York, Chicago, D.C., and other cities.

Several police departments have canceled days off this week in anticipation of protests.

The White House is also taking precautions and put up non-scalable fencing around its perimeter. It's the same type of barrier used this summer during protests over racial injustice. Federal authorities installed new barriers inside Lafayette Park north of the White House.