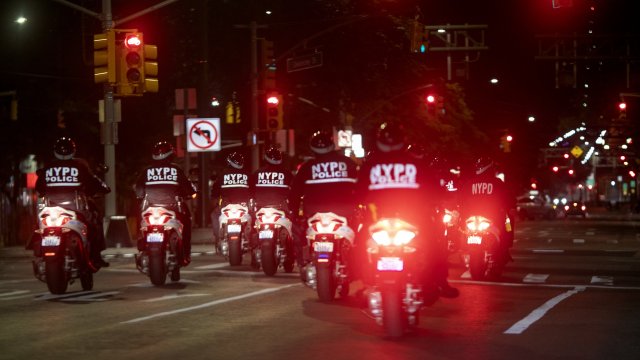 After the death of George Floyd, there are new efforts coast to coast to ban police from using chokeholds.

Definitions vary, but chokeholds are widely seen as a way to deprive oxygen by squeezing someone by the neck.

The carotid restraint looks similar to a chokehold, but an officer’s aim is to briefly restrict the flow of blood, not air.

“By putting pressure on the carotid artery, you can, in essence, cause someone to pass out,” said Frank Straub, director of the Center for Mass Violence Response Studies at the Police Foundation.

“I think it’s a dangerous technique, but officers who use it, when it’s done properly, find it to be highly effective,” Straub said, adding he understands why police departments have wanted to keep the technique as a tool to subdue violent suspects.

“In some cases, [it's] an out and out battle for survival,” Straub said.

Demonstrations against police brutality and racial injustice have led to a new movement to ban all neck holds, including the carotid technique.

California Gov. Gavin Newsom is pushing to prohibit the restraint among law enforcement across the state.

“The carotid hold that literally is designed to stop people's blood from flowing into their brain, that has no place any longer in 21st century practices and policing,” Newsom said.

The Los Angeles Times found two deaths and 103 serious injuries in California from carotid neck restraints in police custody from 2016 through 2018.

The city of Minneapolis, where Floyd died, has agreed to “prohibit the use of all neck restraints or choke holds for any reason.”

Straub says now-ex-police officer Derek Chauvin’s knee on Floyd’s neck was not any kind of approved technique he has seen.

“He should not have been kept in that position when he was asking for help and indicating he was having problems breathing,” Straub said. “Regardless of the technique we use, it is our obligation to measure and understand the effect it’s having on the person we’re using it on.”