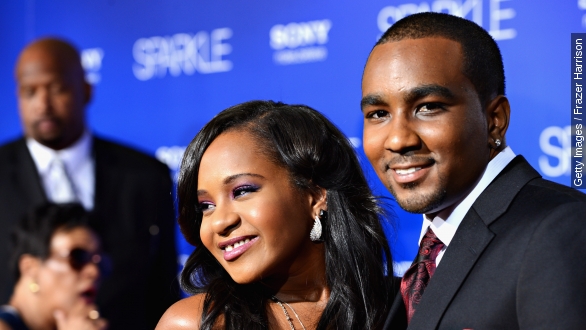 Cissy Houston said in a statement to People Monday, “I have just returned from visiting my granddaughter… and while she is no longer in a medically induced coma… according to the doctors she has global and irreversible brain damage and remains unresponsive.”

Houston’s statement comes barely a day after Bobby Brown announced to the audience at his Dallas concert that Bobbi Kristina was “awake.”

And soon after, Bobbi Kristina’s aunt echoed that same sentiment with a message on her Facebook page which read, in part, “Yes, she woke up and is no longer on life support! God is good!”

But Bobby Brown’s attorney said Monday the 22-year-old has “opened her eyes,” but “the quality of her life will not be known for years to come.”

Bobbi Kristina was first hospitalized on Jan. 31 after she was found unconscious in a bathtub in her Georgia home. (Video via Lifetime / "The Houstons: On Our Own")