Circumcision Is Controversial, But It's Not The Norm Everywhere 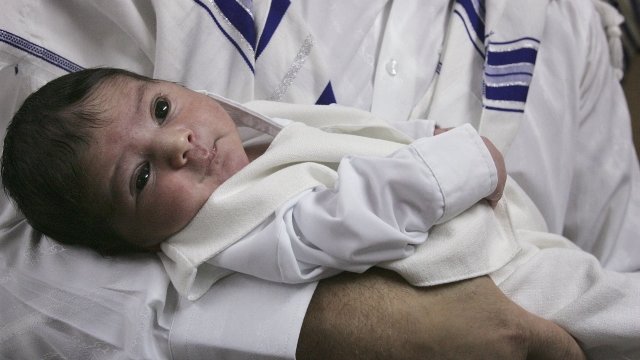 Most newborn American boys leave the hospital circumcised. Some parents choose the procedure — surgical removal of the penis foreskin — for religious reasons, some because it's customary in their family, some because they think it's healthier.

For Jews, circumcision is compulsory and represents a covenant with God. For Muslims, Islamic scholars differ over whether it is obligatory or recommended.

It is an ancient practice, springing from antiquity, and might have originally been performed because it was thought to improve fertility. By the way, there's no evidence for that.

And there's even one theory that at some point in the deep, deep past, the father of the bride circumcised the bridegroom at the wedding.

Newborn circumcision remains the most common surgery in the United States, and the American Academy of Pediatrics says the benefits outweigh the risks. 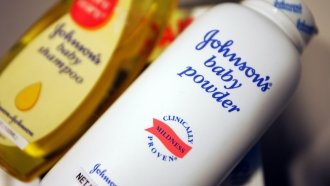 The benefits, according to the pediatricians:

—Less likely to have a urinary tract infection

—Less likely to pick up some STIs

Immediate complications from the procedure are rare and usually minor, according to the Academy, affecting approximately 1 in 500 newborn circumcisions. The complications include bleeding and infection.

That's conventional wisdom. But circumcision does have its critics, and it's far from customary around the world. Opponents argue that although circumcision lowers the risk of UTIS, fewer than 1% of uncircumcised infants get them, and they can be easily treated with antibiotics.

They also point out that while men without a foreskin are less likely to get penile cancer, the disease is actually rare anyway — affecting roughly one in 100,000 men in the U.S. each year — and fairly treatable. And although research in Africa found that circumcision more than halved the risk of men getting HIV, critics say it is hard to justify such a prophylactic procedure in a place (like the US) with considerably less HIV risk across the entire male population.

Then there's the issue of sexual satisfaction. Some say foreskin protects the head of the penis and, without it, it becomes less sensitive. Most research doesn't bear that out.

Beyond the medical arguments, ethics is a growing question. Since circumcision permanently changes a male's body, should parents even make the decision to have the procedure performed (without significant benefits), or should each person decide for themselves as adults?

The Danish Medical Association has recommended ending the practice, arguing it should be "an informed, personal choice."

Circumcisions are increasingly less common in Australia, Canada, Britain and New Zealand, and fewer than one-fifth of all European men are circumcised.

There is a fledgling group in the U.S. calling themselves "intactivists," trying to keep penises "intact." But for now, more than three-quarters of American boys are still circumcised at birth.